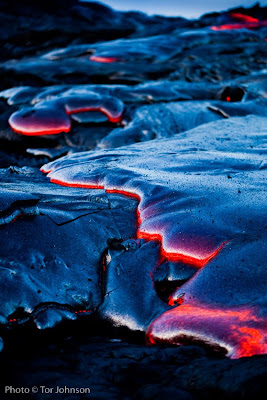 There's a legend about Madam Pele, goddess of the volcano, and her white dog. It is said that the white dog appears in the lava fields right before an eruption. Some say that the dog is Pele herself warning the islanders of the approaching danger.

I was recently on the Big Island shooting lava at the Waikupanaha Ocean Entry site. It's an incredible place where the elements meet and where you can witness the creation of an island. My friend Brad Lewis, an accomplished volcano photographer, talks about the earth being a living being. The common saying "solid as a rock" doesn't really apply here. 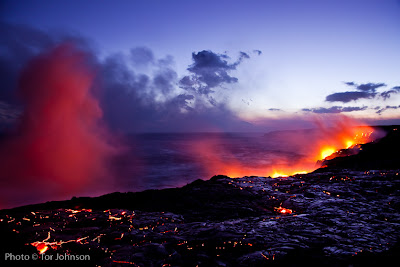 After experiencing forces of nature of such awesome power, I was quietly hiking out of the area when I saw a white dog standing in a field of black lava. I took several photos, thinking of my friend Richard Drake, who had told me about the legend of the white dog. It wasn't until I looked at the photos on my computer that I noticed the interesting and strange expression on the dog's face. I'm the least superstitious person I know, but there was something about that dog...

Today is Thanksgiving, and I probably have Pele to thank for getting me back from the lava fields safely. 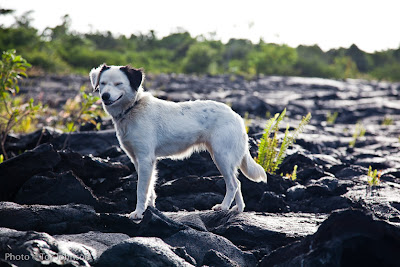 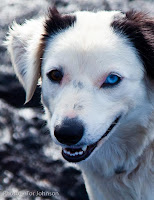 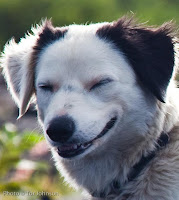 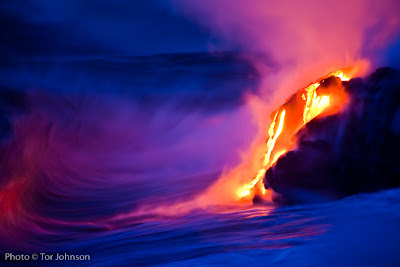 How awsome! I love the story about the white dog :)